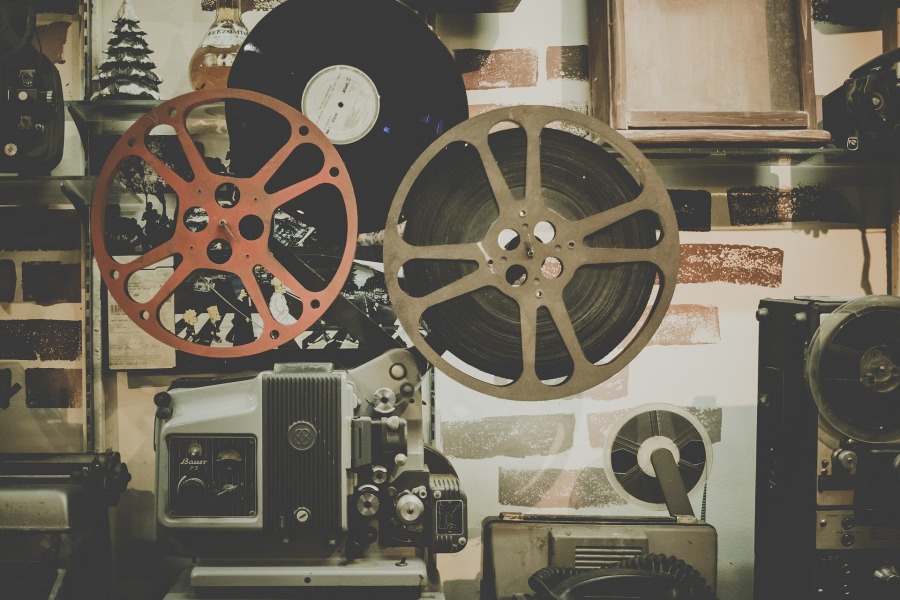 Sharing our experiences of works of art – or simply entertainment – is, I think, a fundamental human impulse; whether it is a piece of music, a painting, a poem, a play, a novel, a movie or, as here, a scene from a movie – we love to share what we think it is about, and why it delights or moves us. This task focuses on students engaging in a short presentation of a scene from a movie or TV show that they love, explaining its background and why they enjoy it. The task as presented here is also designed to demonstrate how to scaffold a long turn through preparation, structure and (optional) supporting linguistic input; in the sample provided, I talk for about four and a half minutes – sorry – but to be clear I consider this task a success if my elementary students are motivated to talk for around 30 seconds or so.

3. Tell students you now want them to think of a favourite scene / a scene they like (do you have a single favourite? I don’t…). Move to the next frame in Jamboard frame 3. I prefer to share my screen at this stage, asking all students to look at Zoom, not Jamboard. This way I can use the highlight option as I talk through the task. Talk through the instructions, pointing out the prompts on the left (you will share this table as a word document shortly): they should use this to take notes (stress this: key words and phrases, not sentences) to help them talk through their favourite scene. NB: remove the reference to talking about it for two minutes if this is intimidating or not level appropriate; as I mentioned before, 30 seconds is a great achievement for some levels. Give students a good amount of individual time for this – 5 or 10 minutes. You can, if it is feasible, put them in rooms on their own, so you can monitor and give individual attention to each learner as they prepare, cycling through each room quite quickly, and helping with language they need. This will of course depend on the size of your group. Let students know they should check Wikipedia or the IMDB if they want to check factual information about their movie (and scene). Honestly, though, I wouldn’t want learners to become overly preoccupied with this as the substance of the task is for them to share their personal views and feelings – factual information is cool, but secondary. In any case, use the chat function to share the document / template designed to help them prepare (again, I stress: adapt this so it works more effectively for your group):

Please feel free to refer to the transcript below:

Past or present simple, active and passive to describe the background of the movie: David Bowie played / plays the lead role…; it was directed by Nagisa Oshima; it’s a Japan / UK co-production.

Language to talk about important movies: it was a blockbuster, seminal, it’s been copied a lot, critics ignored it at the time, I think X won an Oscar for…

Present simple (and continuous) for describing the scene: Sergeant Hara is in prison and Colonel Lawrence comes to visit him, Just as he’s leaving, Sergeant Hara calls after him…

(Where relevant) Sequencers for ordering the action in the scene: at the beginning of the scene….then…what happens next is….in the end…..

Giving reasons: I love it because…; One of the things / What I find most (moving / exciting etc) is…; there are (two main / lots of ) reasons why I love it, including...